The Lifelong Benefits of Learning Spanish

The Lifelong Benefits of Learning Spanish

The benefit of learning Spanish at a young age are clear: it helps a young brain develop, children absorb a new language easier than adults and, most of all, it gives them a leg up later in life. How exactly does it help later in life? Well, there’s more than one answer to that question. 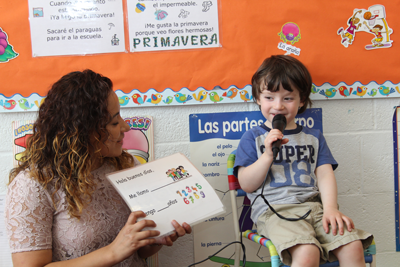 For starters, it’s extremely helpful if your kids will be traveling as adults as the vast majority of the world does. With over seventeen percent of the world’s population speaking Spanish, it is the second most spoken language in the world behind Chinese (That’s right, English is third). In fact, there are 20 countries that claim Spanish as their official language, among them: Argentina, Colombia, Mexico, Peru, Panama and Costa Rica.

Being bi-lingual will also be good for their careers later in life. According to Economist.com, learning Spanish will provide extra earning potential of $51,000. Just look through job listings online, you’ll find that many of them list being bilingual as a requirement or, at the very least, as a plus. Let’s not forget, good grades in school translate to success later in life and most high schools and colleges have some sort of foreign language requirement. So, when your child already knows Spanish, those classes will be a breeze for them.

Learning Spanish is also good for brain health throughout life. Being bilingual helps improve memory, helps to focus on tasks more easily, prevents dementia to some degree and helps improve cognitive skills. In fact, “Speaking more than one language appears to help the brain resist the effects of Alzheimer’s disease,” according to AlzheimerNewsToday.com.

So, not only will giving your child the ability to learn Spanish through language immersion help him or her grow and learn now, it will pay off even greater dividends in the future, as well!